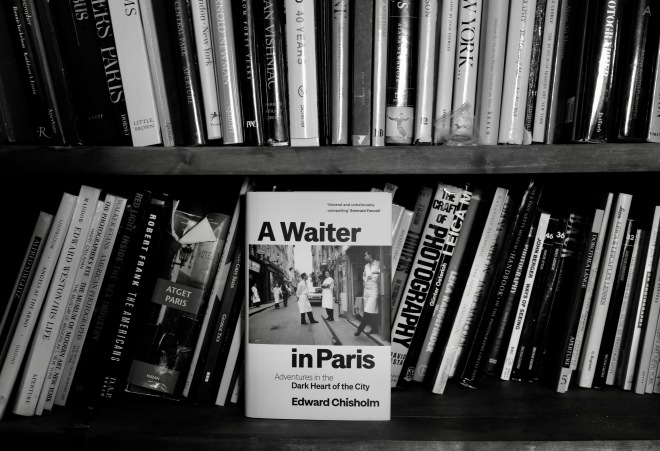 A Waiter in Paris. Published May 5, 2022. Widespread distribution this summer. Paul Goldfinger photograph.  Ocean Grove, N.J.   I have a credit on the inside of the dust cover. 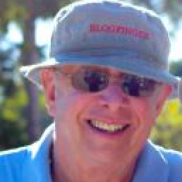 I was excited to see the finished product.  As some of you know, my black and white photograph of Left Bank waiters was chosen for the dust cover, and it was thrilling to see that the designers had the print match the black and white of the photograph. The actual print has been posted here on Blogfinger.net

This book copy was sent to me by the Octapus Publishing Group in London (Thanks to Giulia Hetherington whose musical name sounds so English.)

I sent her one of my photos taken in the East Village.  It turns out that she spent time there with friends in a rented “flat”, just a few blocks from where my black and white image was taken. She was thrilled with the gift.

Two other publishers will post the book using my same photo.  I don’t know if their jacket design will be the same.  We will find out this summer.

Here is a short review from the publisher:

“An evocative portrait of the underbelly of contemporary Paris as seen through the eyes of a young waiter scraping out a living in the City of Light. A waiter’s job is to deceive you. They want you to believe in a luxurious calm because on the other side of that door . . . is hell.

“Edward Chisholm’s spellbinding memoir of his time as a Parisian waiter takes you beneath the surface of one of the most iconic cities in the world–and right into its glorious underbelly. He inhabits a world of inhuman hours, snatched sleep and dive bars; scraping by on coffee, bread and cigarettes, often under sadistic managers, with a wage so low you’re fighting your colleagues for tips. Your colleagues–including thieves, narcissists, ex-soldiers, immigrants, wannabe actors, and drug dealers–are the closest thing to family that you’ve got. It’s physically demanding, frequently humiliating and incredibly competitive. But it doesn’t matter because you’re in Paris, the center of the universe, and there’s nowhere else you’d rather be in the world.”

WYNTON MARSALIS:  “You’re My Everything.